The Beekeeper of Aleppo. Christy Lefteri

This unforgettable novel puts human faces on the Syrian war with the immigrant story of a beekeeper, his wife, and the triumph of spirit when the world becomes unrecognizable. “Courageous and provocative, The Beekeeper of Aleppo is a beautifully crafted novel of international significance that has the capacity to have us open our eyes and see.”—Heather Morris, author of The Tattooist of Auschwitz Nuri is a beekeeper and Afra, his wife, is an artist. Mornings, Nuri rises early to hear the call to prayer before driving to his hives in the countryside. On weekends, Afra sells her colorful landscape paintings at the open-air market. They live a simple life, rich in family and friends, in the hills of the beautiful Syrian city of Aleppo—until the unthinkable happens. When all they love is destroyed by war, Nuri knows they have no choice except to leave their home. But escaping Syria will be no easy task: Afra has lost her sight, leaving Nuri to navigate her grief as well as a perilous journey through Turkey and Greece toward an uncertain future in Britain. Nuri is sustained only by the knowledge that waiting for them is his cousin Mustafa, who has started an apiary in Yorkshire and is teaching fellow refugees beekeeping. As Nuri and Afra travel through a broken world, they must confront not only the pain of their own unspeakable loss but dangers that would overwhelm even the bravest souls. Above all, they must make the difficult journey back to each other, a path once so familiar yet rendered foreign by the heartache of displacement. Moving, intimate, and beautifully written, The Beekeeper of Aleppo is a book for our times: a novel that at once reminds us that the most peaceful and ordinary lives can be utterly upended in unimaginable ways and brings a journey in faraway lands close to home, never to be forgotten. Advance praise for The Beekeeper of Aleppo “This book dips below the deafening headlines, and tells a true story with subtlety and power.”—Esther Freud, author of Mr. Mac and Me “This compelling tale had me gripped with its compassion, its sensual style, and its onward and lively urge for resolution.”—Daljit Nagra, author of British Museum “This novel speaks to so much that is happening in the world today. It’s intelligent, thoughtful, and relevant, but very importantly it is accessible. I’m recommending this book to everyone I care about.”—Benjamin Zephaniah, author of Refugee Boy 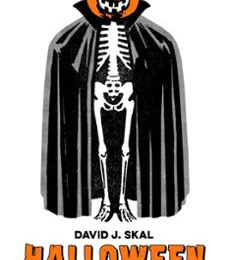